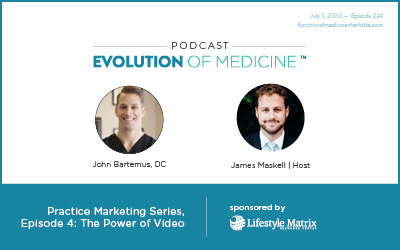 Welcome to the Evolution of Medicine podcast! In this episode, the fourth in our Practice Marketing Series, James sits down with chiropractor and author John Bartemus, a functional medicine doc from Charlotte, NC. John has built a very successful practice in the autoimmune niche, and he shares his insight on building digital marketing for his practice, specifically video marketing. John committed to making one educational video a day for a year and sharing them on his practice YouTube channel. He ended up exceeding his goal and build his practice exponentially by sharing his knowledge and expertise in a video format. His journey to successful practice marketing is one you can take, too. It was a super interesting interview with lots of tangible value for physician entrepreneurs. Enjoy! Highlights include: 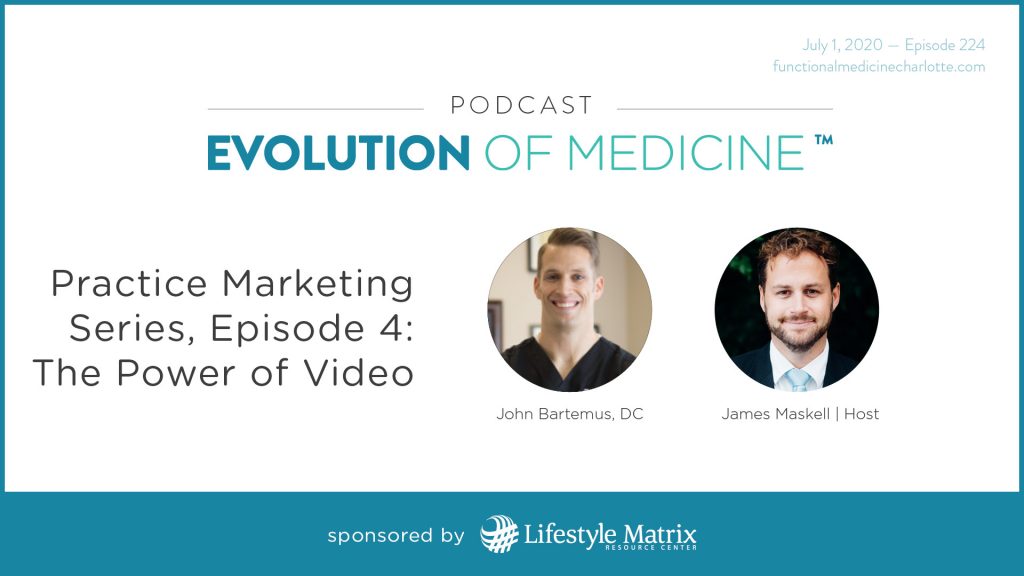