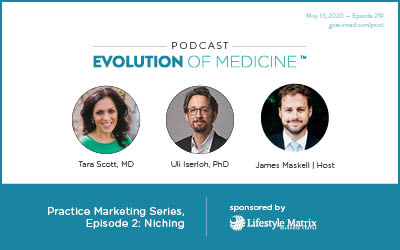 Welcome to the Evolution of Medicine podcast! In this episode, James and Uli sit down with Tara Scott, MD, a functional medicine physician from Akron, Ohio and one of the stars of the Practice Accelerator. This episode is the second in our Practice Marketing Series, which will give functional medicine practitioners a step-by-step guide to taking their practices to the next level. Highlights include: 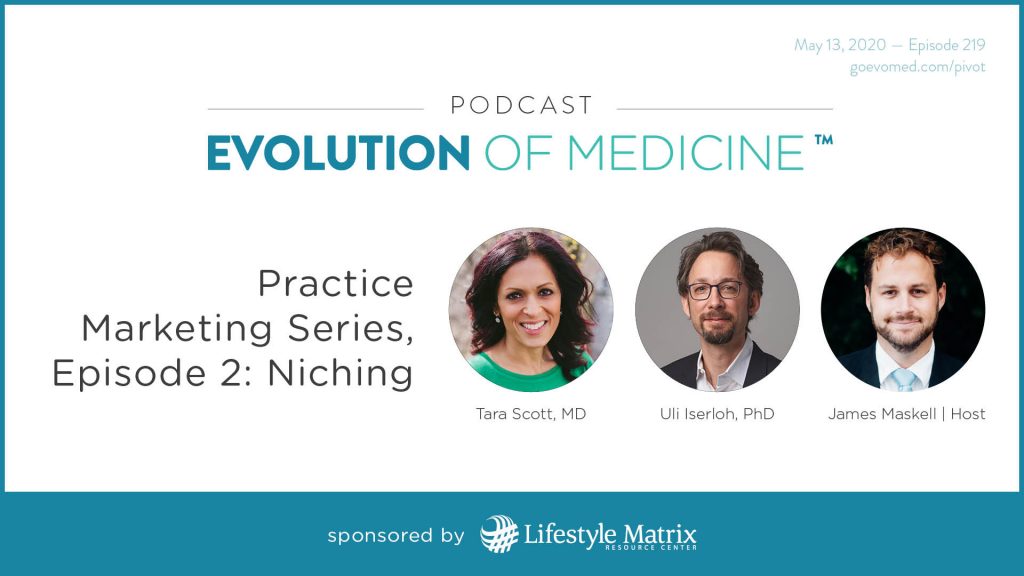