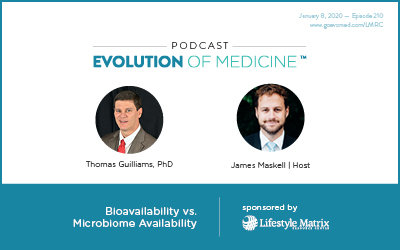 Welcome to the Evolution of Medicine podcast! On this episode, James sits down with Dr. Tom Guilliams, who had our most-downloaded podcast of the year in 2019. Dr. Guilliams talks about a topic most clinicians have strong opinions on: bioavailability. With a background in molecular immunology and extensive research on nutrition and dietary supplement efficacy, Dr. Guilliams brings a unique and refreshing perspective to functional medicine clinicians of any discipline who are trying to get the best results with their patients. Highlights include: 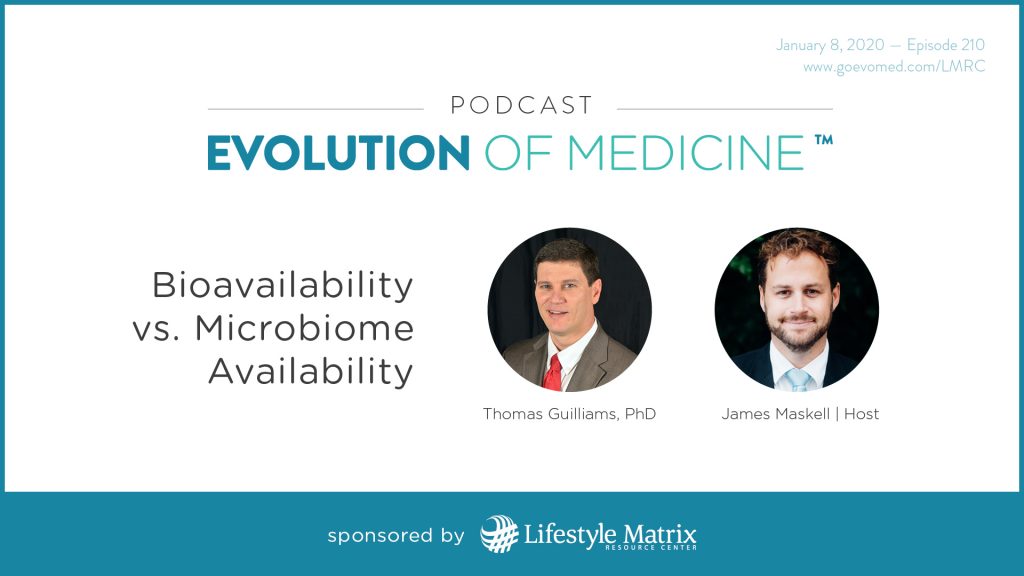