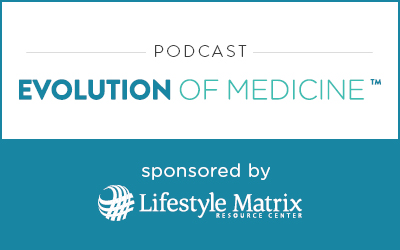 In this week’s Podcast: Tour Sponsor: Genexa―The Healthier Medicine we announce our newest kNew Vision Tour sponsor: Genexa, in a special interview with CEO David Johnson, and Chief Medical Officer Dr. Mark Menolascino, MD.
Genexa is the first non-GMO, organic micro-pharmaceutical company dedicated to making healthier over-the-counter medicines free from toxic fillers, artificial colors, flavors and sweeteners, gluten, lactose, petroleum and other unsavory ingredients.
And they’re on a mission to educate consumers about what’s really hiding in their OTC medications.
If you’re a practitioner who recommends OTC medicines in conjunction with supplements, OR you’re a patient who uses OTC medicines for yourself or your children, you won’t want to miss this podcast.
Tune in today and learn all about it, including:

We are so excited about what this partnership will mean for the expansion of our community and the worldwide evolution of healthcare.
To learn more, listen, subscribe or read the transcript today.
Practitioners: to learn more about getting referrals, support, discounts for your patients, how to carry Genexa in-house and more, visit: goevomed.com/genexa.
Patients: if you’re interested in getting 2 free tickets to the kNew Vision Tour, courtesy of Genexa, visit: goevomed.com/tour, select your tour date/location and enter the code “Genexa” (first letter uppercase, the rest lowercase) to claim your two free tickets.
Resources Mentioned in this Podcast:
Genexa’s Healthcare Influencer Network (for practitioners)
The kNew Vision Tour