The Archetype Diet: Where Do Women Source Their Self-Worth? 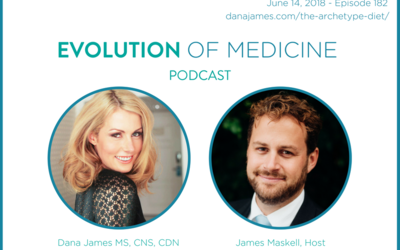 This Evolution of Medicine Podcast, The Archetype Diet: Where Do Women Source Their Self-Worth? features long-time Functional Forum supporter, food coach and author of the newly released Archetype Diet, Dana James, MS, CDN, CNS.
Dana appeared on the very first Functional Forum in a comedy sketch with our co-founder, James Maskell, called: Think Pink.
Her groundbreaking new book is all about how women’s source of self-worth leads to the formation of their health and lifestyle behaviors.
Tune in for a fascinating listen on how self-worth creates or diminishes women’s health, including:

If you’re a woman, or a practitioner who sees women in your practice, be sure to listen, and subscribe to the podcast today.
Resources mentioned in this podcast:
The Archetype Diet Reclaim Your Self-Worth and Change the Shape of Your Body by Dana James, MS, CDN, CNS