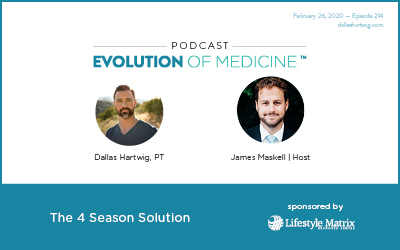 Welcome to the Evolution of Medicine podcast! In this episode, James sits down with Dallas Hartwig, who you’ll recognize as the co-founder of the Whole30 program and co-author of two bestselling books, It Starts with Food and The Whole30. He joins us on the podcast for the first time to talk about his upcoming book, The 4 Season Solution, and explore the fascinating role of seasons, starting inside the cell and emerging all the way through to the seasons of our lives. I think this book is really going to impact the future of our entire industry, especially regarding nutrition. This conversation with Dallas became one of my favorite podcast episodes ever, and I think you’re going to really enjoy it. Highlights include:

Resources mentioned in this episode:
The 4 Season Solution preorder
dallashartwig.com 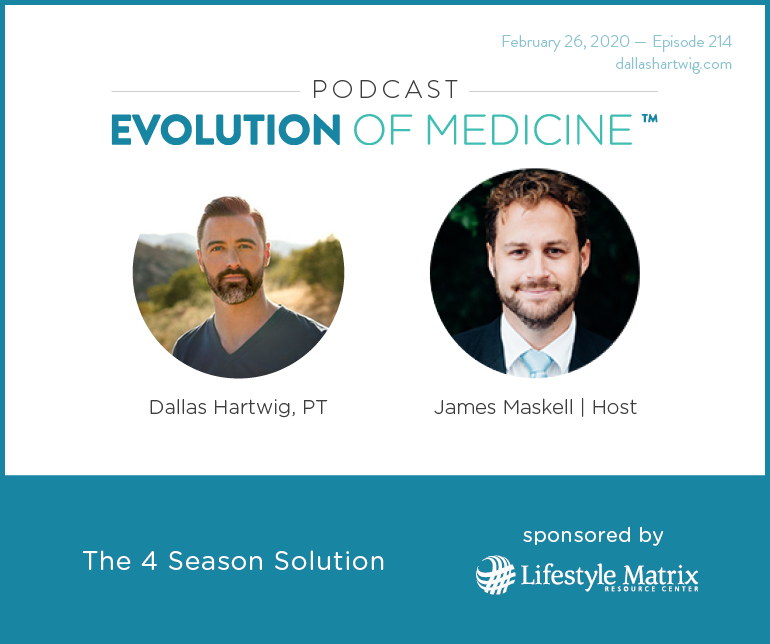