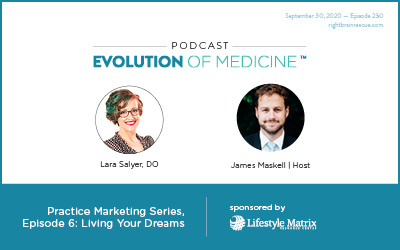 Welcome to the Evolution of Medicine podcast! In this episode, James sits down with Lara Salyer, DO, a functional medicine physician and Practice Accelerator alum who is innovating healthcare practice and tackling a major issue affecting physicians across the healthcare spectrum: burnout. Her new book, Right Brain Rescue, teaches clinicians how to access their inner creativity, which she refers to as the “Sixth Vital Sign.” Dr. Salyer’s story is a great example of innovation on the front lines of healthcare, and her insight is invaluable to any practitioner ready to radically transform their career and build a life of purpose. Highlights from this episode include: 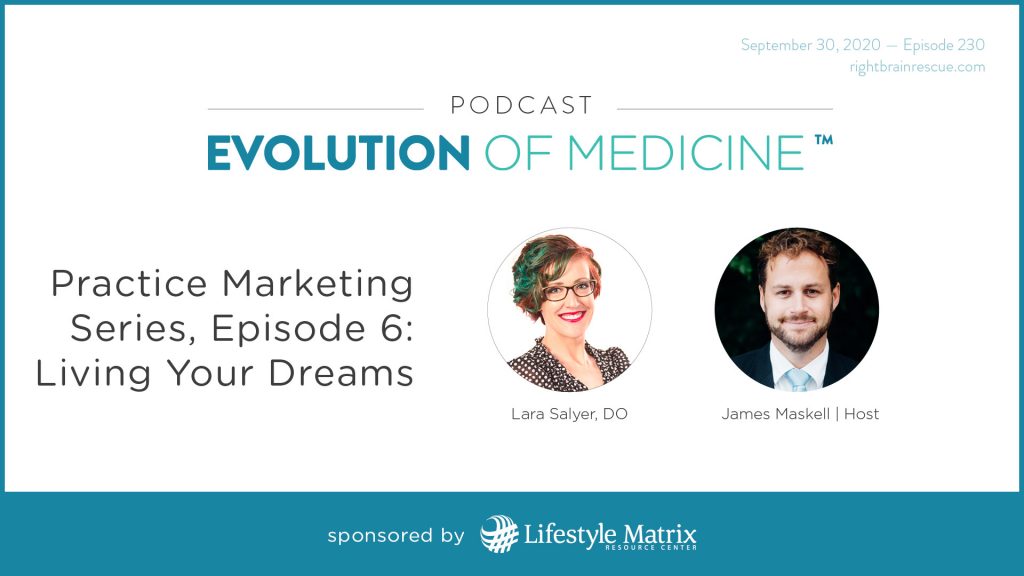