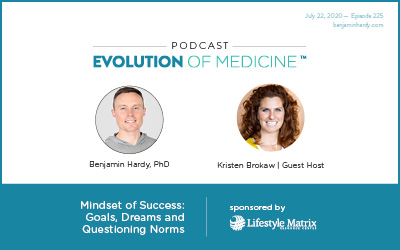 Welcome to the Evolution of Medicine podcast! In this episode, Kristen Brokaw guest-hosts and interviews Benjamin Hardy, PhD, bestselling author and organizational psychologist. His latest book Personality Isn’t Permanent dives into fixed mindsets about who we think we are and how they can hold us back from achieving our goals and realizing our future selves. It was a great conversation, and one that all functional medicine practitioners, no matter where you are on your journey, should listen to—a ton of incredible insight shared. Highlights include: 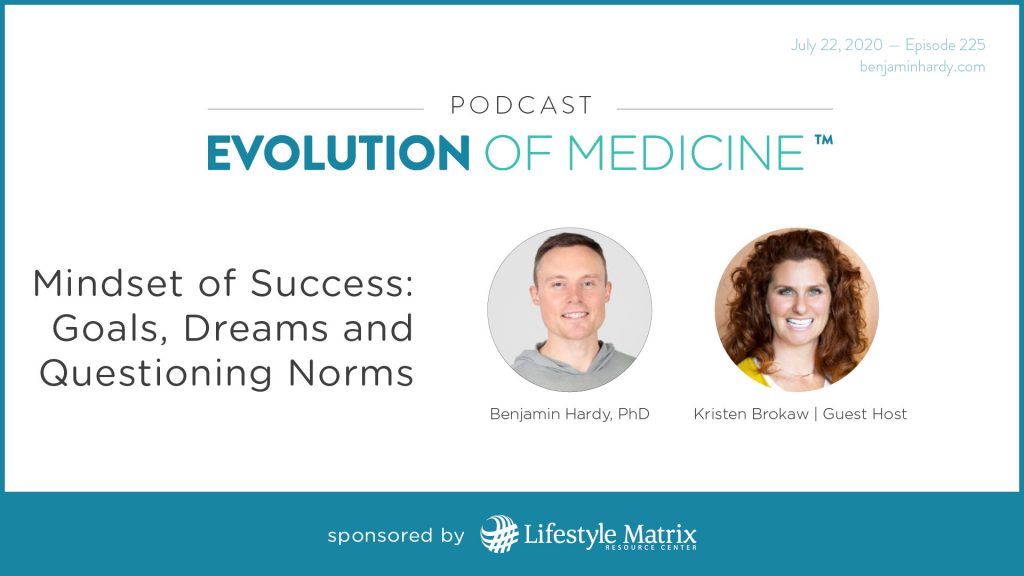