The Mind of the Doctor: Who is Taking Care of You? 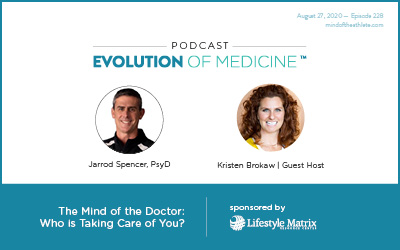 Welcome to the Evolution of Medicine podcast! On this episode, guest host Kristen Brokaw talks with Dr. Jarrod Spencer, a sports psychologist, speaker, author and consultant, about helping healthcare providers overcome burnout in their careers. Just like athletes must continuously work on their mindsets and remain focused to perform at the top level, healthcare providers must take steps to support their mental resilience. The problem is, 92% of healthcare providers report feeling burned-out in their careers, and the majority also admit they would never seek professional help. As Dr. Spencer discusses in this episode, it’s time to erase the stigma of mental health challenges in the healthcare profession and empower providers to overcome burnout and become the best versions of themselves. Enjoy this incredible conversation! Highlights include: 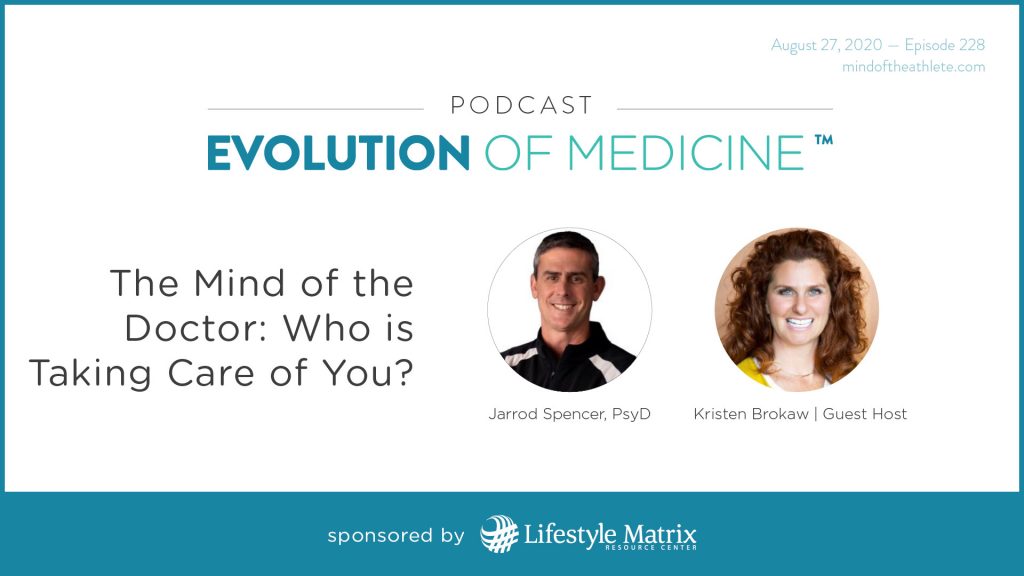