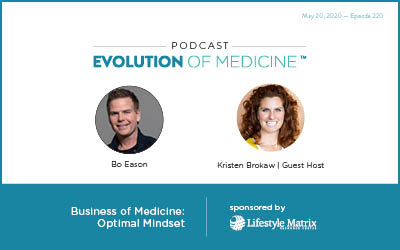 Welcome to the Evolution of Medicine podcast! In this episode, we have a special guest host filling in for James. Kristen Brokaw is the leader of the St. Louis Institute for Integrative Medicine. For the past decade, she has been building communities of functional medicine practitioners, helping them find their tribe and reach their potential in this space. She is joined by Bo Eason, former professional football player, actor, playwright, author, and one of Kristen’s mentors. Their high-energy, engaging conversation spans mindset, the power of stories, how saying “no” is a key to achieving greatness, and how functional medicine practitioners can still thrive, even during a pandemic. Highlights include:

And so much more! 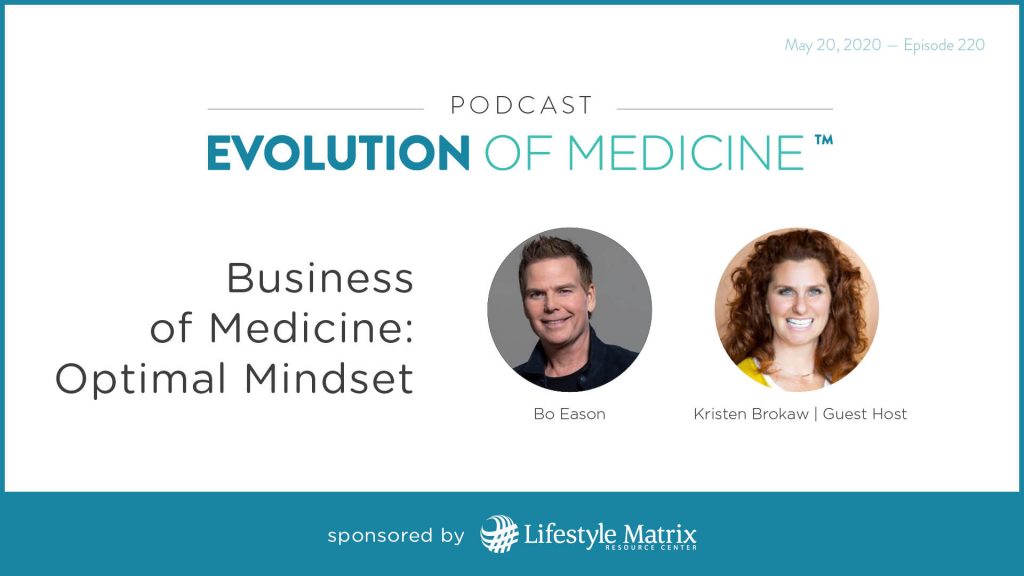